Print Is Dead: What the Shuttering of Iconic Print Classifieds Means for Your RV Advertising

Spending on web advertising jumped 22% in 2011, reaching a record $31 billion, according to an April 2012 report released by the Interactive Advertising Bureau. Comparatively, spending on newspaper print ads, both classifieds and display ads, fell 9.2% to a record low of $20.69 billion. Classified ad spending suffered the biggest hit, dropping 11% to just $5.03 billion, according to data recently released by the Newspaper Association of America.

As internet use has increased, consumer use of print media has been declining steadily. The meteoric rise of social networks and rapidly escalating popularity of mobile communication devices have sent print media and the advertising that fuels it into a screaming death spiral from which there is no escape. Since 2006, classified advertising spending has decreased by a whopping two thirds, dramatically overshadowing the 50% drop in spending on print display ads and advertising circulars. The recent demise of print classified advertising icons RV Trader and Autotrader are nails in the coffin lid of an industry that is all but dead.

A chart on the appropriately named internet site Newspaper Death Watch shows newspapers to be the fastest shrinking industry in the U.S., declining by 30% between 2007 and 2011. According to data analysis by LinkedIn and the Council of Economic Advisors, the internet grew by 30% over the same period of time, making it the second fastest growing industry in the U.S., surpassed only by renewable and environmental industries which enjoyed a 50% growth spurt.

Analysts have been sounding the death knell of print media for years. Hopeful 2010 predictions that declines in print readership and advertising revenue would moderate were brutally destroyed by the recent release of 2011 data that revealed an accelerating decline. The shuttering of the Autotrader, RV Trader and other print classifieds make the future of classified advertising only too clear. RV dealers no longer have a choice – embrace the future and move your classified advertising program online.

Tell us how you are utilizing digital media to increase sales, we welcome your comments!

Join over 1,150 RV dealers / manufacturers who receive weekly “how-to” articles about increasing RV sales from RVAdvertiser (a publication of RVT.com!)

“Another great article. Thanks for sharing with us. I always look forward to what you have to say regarding RV marketing. Please keep up the good work… it’s greatly appreciated.” Dan Healy
Director of Marketing
Independence RV
Winter Garden, FL 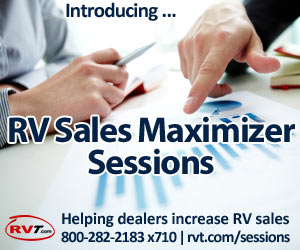 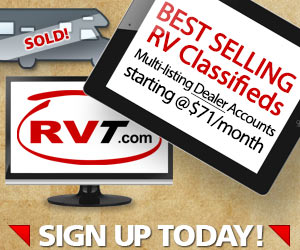 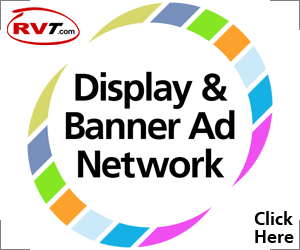